When the Moda Friendship Quilt Along started February 18, I made sure I was there.  I really enjoyed downloading the blocks that were shared by the various designers.  I knew from the beginning that I would not be able to immediately start the quilt since the blocks were finishing larger than any quilt I care to make at this time.  I’ve saved them all and will start reducing them in size when the time’s right.  Nor will I be using all of them since some of them probably won’t reduce like I want them too.  But that’s not the point of this post!

Another benefit of following along was the giveaways almost all of the designers were having.  Each was different, not necessarily for fabric, and there were a lot of people participating.  I just so happened to win from one of my favorite fabric designers and it arrived a couple of days ago.

Tada!  (all photos are clickable) 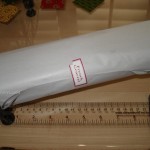 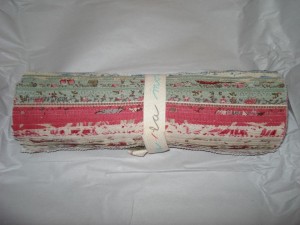 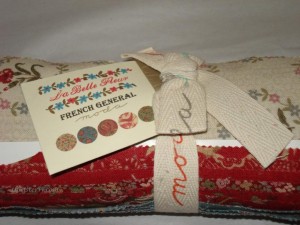 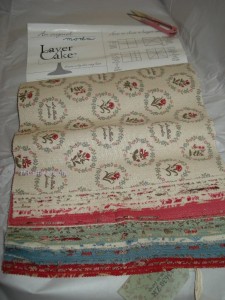 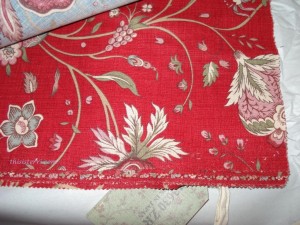 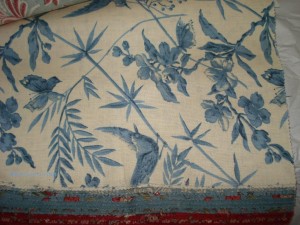 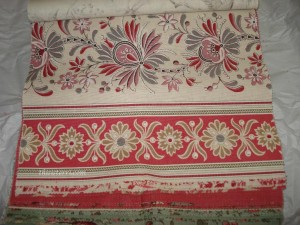 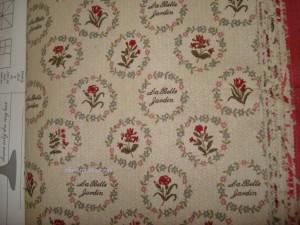 Thank you so much Kaari at The Warp and the Weft for your wonderful French General fabric giveaway.  I am absolutely in lust with several of the new La Belle Fleur fabrics.  I’ve never had a Layer Cake before and I’m daydreaming about how to combine it with my new miniature quilt book.

And if that weren’t exciting enough, I also won something else, but I’m only going to share a hint until it gets here 😉

This entry was posted in Quilting. Bookmark the permalink.