I didn’t give much thought to joining in on Heather’s Theme-a-licious-ness since I thought you had to stitch on all the categories during the year.  Since I’m rotating, I didn’t know if I would be working in a particular project during the given month.  I’ve decided to give it a try though, just to see if it’ll work.  I’ve started a new page with her monthly themes and will add in under each month what I’ve accomplished.  I’m not expecting to have something for each month, but I may just surprise myself 😉

I’ve already spent about an hour and a half on Petite Mexican Sampler this morning.  When I first started stitching the border I had a huge panic moment because the gold border didn’t stand out again the fabric with one strand nearly as much as it did on the spool.  I’ve since added the olive and light olive tones and it’s looking better.  I’m trying to use as many colors as possible really quickly to see how they’ll look.  If it’s a fail it’ll be easier to rippit and start over on something lighter.  I’m keeping my fingers crossed that doesn’t have to happen though 🙂 since I think the silks are delicious and already have an emotional attachment to the fabric.

Here’s my December ort jar. There’s a whole lot of Hannah Beeby and Houses of Hawk Run Hollow in there. Looks a heck of a lot more better than a lot of the previous months 🙂

I bought the small Yankee Candle candles this year and burned them while stitching. It was a fun way to discover new scents and I plan on reusing them each year. I’m going to “decorate” them up this year.  2011’s orts will stored together in a paint can container with the paltry 2010 orts. 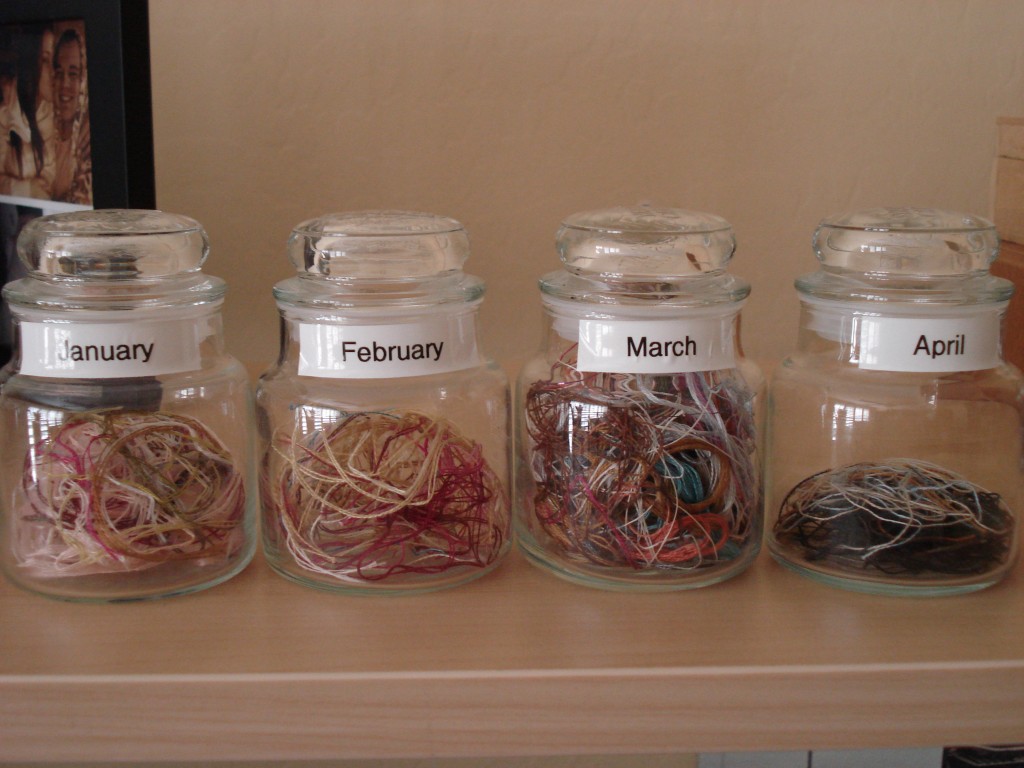 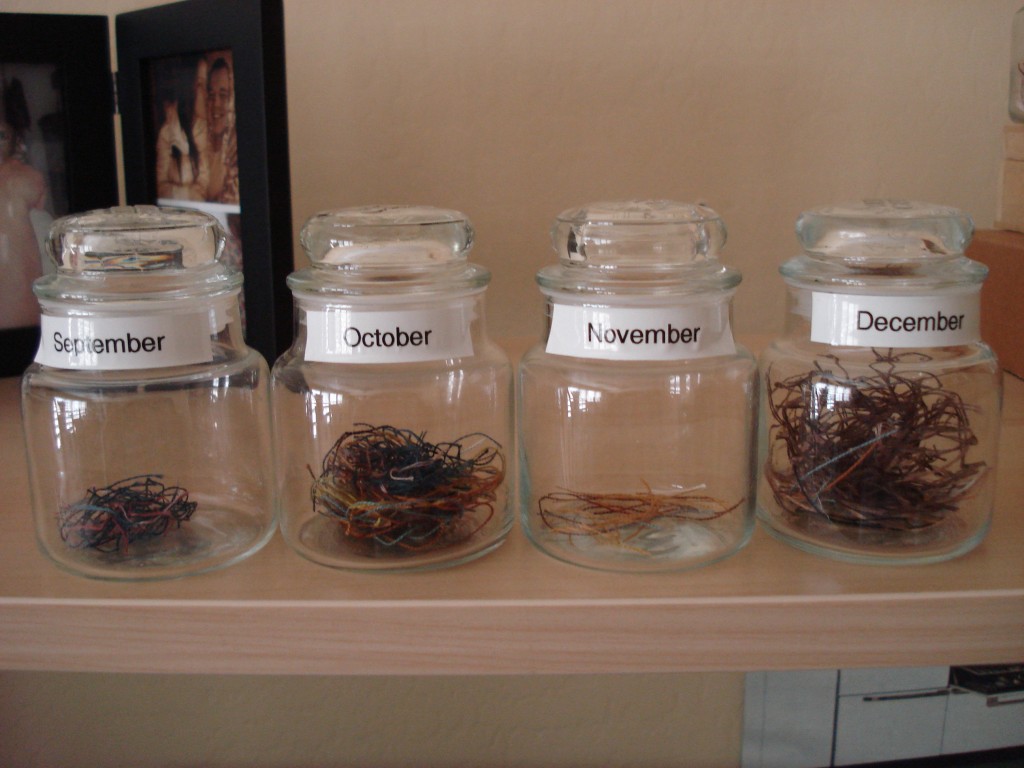