What I have been up to

I have not had a physical activity day since Labor Day.  🙁

The 3rd I woke up and my knees and back were hurting so I didn’t go to Zumba.

Here’s my little bit of progress from class 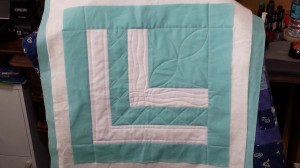 However, the 5th did find me sweating.  A lot.  I went to an outdoor Blake Shelton/The Band Perry/Neal McCoy concert that night and man oh man!  I swear I sweated out a pound and a half.  I actually had water running down my back.  It was worth it though: 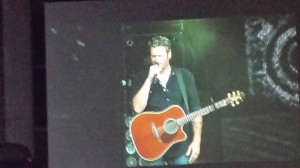 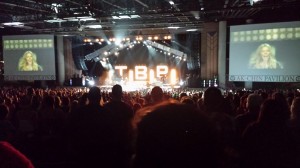 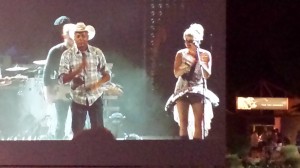 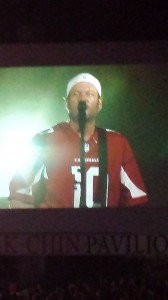 Mister and I went out to eat late Saturday afternoon and just as we were leaving to head back home the huge rain drops started.  Before we could get out of the parking lot the wind started rolling in and you could see it coming.  It was rocking my Challenger around and was rather frightening.  It was also snapping tree limbs off.  We had a huge micro-burst hit us and have probably lost my beautiful Mesa Palo Verde tree in the backyard. 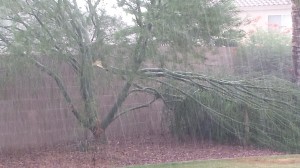 Sunday was cleanup time and lots of sewing and football. 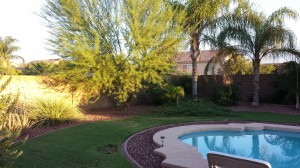 When we headed to bed Sunday night it has just started sprinkling again.  Thunder woke me up about 2:30 Monday morning and the day just got better.  Hurricane Norbert had headed our way, and with all the rain we had Saturday our state was saturated.  I sat and watched our pool fill and the rest of the yard flood and head toward our house.  Fortunately, it never made it all the way but the roads around my area were closed, so no leaving the house.  No Zumba.  Thankfully, it wasn’t a school day for Mister.

Tuesday, I was supposed to have a hair cut but got a message from my salon that they were going to have to reschedule due to water issues so I headed to the grocery store.

Wednesday, yesterday, I completely forgot about Zumba.  I had lost track of what day of the week it was, which I sometimes do.

So, now it’s Thursday and I’m sitting here in front of the computer and I really need to be sitting in front of my sewing machine instead 😉

I have been sewing on my Scrappy BOM Challenge, Wild & Goosey blocks, and Civil War tablerunner 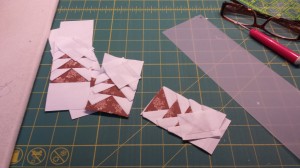 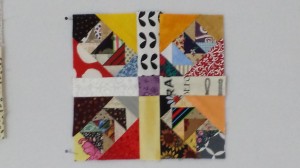 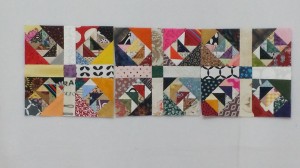 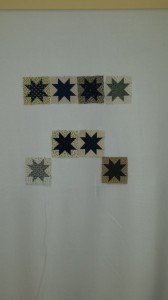 It’s very hard for me to believe it’s been 13 years since that horrific day.  I honestly don’t think about it much anymore, except for days like this.  I know that sounds terrible, but I lived in fear every single day for 10 years while my Mister spent his last 10 years in the Marine Corps.  It’s one of those things I try very hard to forget about being a Marine Corps Wife, but it is still there in the back of my mind and I fight to not let it surface or I become a wreck, and because of that I purposefully stay away from the TV and social media because unlike a lot of other people, I do not want to remember, over and over and over.

Comments Off on What I have been up to

who heard from another you’ve been eatin’ bread.

I’m so disappointed in myself.

Last night we had tickets to see these guys and 5 minutes before we walked out the door Mister informed me that we were not leaving early enough to stop for dinner as I thought he had said the night before. I made myself a PBJ, and literally choked it down with a small glass of milk. 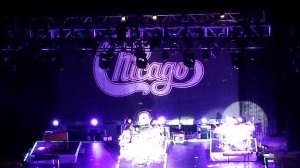 We had a great time at the concert. We both agreed that is was one of the best concerts we’ve ever seen and the encore was phenomenal. They both came out and played together. 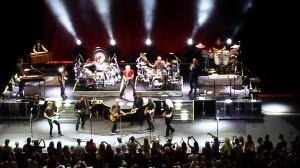 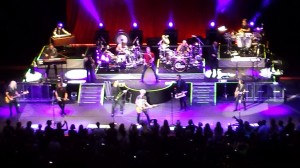 Not the best of pics, but good enough for me, considering I was using my phone.

It’s the summer of concerts for me. Late last month we saw Motley Crue and Alice Cooper. Next month there’s a night out with the girls, but I’ll wait to blog about that.